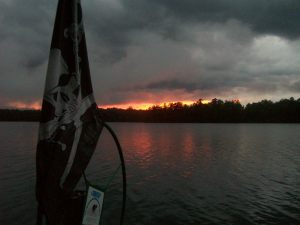 Pain. Loneliness. Snakes. What’s around the next dark corner.

There are so many things we find ourselves running from, mentally and physically. Some because they have the potential to cause us harm, some because we simply don’t understand, and some because of the memories they stir up. What does this do to us? It can provide protection, definitely, but when improperly placed it serves to limit us, and diminish beauty in our lives. We often don’t even realize it’s taking place. Most people over the age of 13 would say they’re no longer afraid of the dark. They just haven’t had to deal with it recently. Would you walk alone in a woods for an hour around lunchtime? How about for another hour after 10:00 at night? If not, you’re scared of the dark. It’s the same woods. Now you can feel the pressure as it closes around you, blocking your path, hiding familiarity.

I have found myself afraid of multiple things as I’ve lived and traveled and experienced this big wide world. And in some ways, I’ve learned to embrace it, to channel it, to use it. Think of it like Batman when he said he wanted to use bats to strike fear in the hearts of his enemies because they already struck fear into his own heart. Only I did not get this lesson from Batman.

I got this lesson from wasps. I didn’t necessarily do the ‘duck and run’ as they came by, I’m too cool for that. But I cringed and I avoided and if the problem persisted in my face, I left. I always left, until the moment that I had someone who also had a hesitancy to go near them ask, “Well, why should I be afraid of these? I’m going to get over it. I’m going to get over every fear I have.” “Why should you have a fear of wasps?” I asked, “Because they’ll STING you.” A perfectly acceptable reason, I say. But for the next few weeks, I watched as this person played with wasps. A little soda in the palm of the hand as they stood around a picnic area, and soon they were holding them. And I thought they were nuts. Absolutely ridiculous. I kept telling them they’d get stung. It was one of the worst ideas I could ever come up with. As the weeks went by though, there were no stings. And being a lover of nature, as they held a wasp I would come over and observe.  Observation and repetition cures many things, I’ve found, and increased understanding increases appreciation, as any good conservationist will say.

“Look, he doesn’t even care that he’s on my hand. He’s just eating the soda.” Fine. I eventually caved and had a wasp on my hand too, and discovered that when people tell you that if you don’t bother them, they won’t bother you, they’re right. Oh we all say that. But we don’t really believe it. We duck when they fly at our heads because in that moment when we see them headed right for us, we fear that it’s a rogue agent bent on piercing our eyeballs. Truly, if you don’t add pressure or excessive carbon dioxide, they don’t care that you exist. And they are incredible creatures. They have hygiene that definitely rivals teenage boys, and an ability to be calm that absolutely surpasses said boys.

What’s the benefit of figuring this out? First, it’s a first-rate party trick. Second, this reordering of fear (whoever ceases to have any hesitancy towards accumulating pain has gone TOO far) made waves in the rest of my life. If I can apparently hold wasps, maybe I can jump ten feet into a pond that I know has water snakes, because I see one six feet away (I swam over and picked that puppy up, by the way. What can I say – I’m ridiculous). If I can hold wasps, maybe I can wander through the dark alone. And do you know, you can? I think I’ll nearly always experience a little adrenaline as I walk myself home through hemlock trees after nightfall. But through practice and understanding, that fear turns into something else.

“Now you can feel the pressure as it closes around you, blocking your path, hiding familiarity.”

That’s one interpretation. Another is this: now you realize that the same wind that has been blowing all day has taken on a new scent. It’s colder. It’s beautiful. Now you realize that the trees have a quiet sound of their own that changes when you remove the ability to watch the movement of the leaves. Now you realize that you could very well be stumbling into a wolf rendezvous. Panic. And then you realize that you are easily living and breathing in the same air, the same space as the glorious wolf, and you are yet unharmed, and maybe you’ll even see one. And you can run, and it feels that you’re moving faster and easier than in the day, because the points that your brain used to use to calculate distance are gone. And you can rest at the top of a hill, exhausted yet feeling more alive than when you started, and you stare up, and suddenly the whole of space is above you. Stars and satellites and wisps of clouds that glisten with the moon-light and yes, bats darting all around, and it continues to blow you away. And for me, and I’m going Christianese here but I mean it, realizing that He who takes away all fear has made this place, and that I am not in ultimate control, that the wasp truly might sting me, causes the beauty of the thing that scared me to be overtaken by the beauty of Him who made it. It’s the climax of the experience.

Push yourself. You’ll often find that you’re not as scared as you thought you were, and that’s where the fun begins. If you’re utterly terrified of heights, don’t make yourself sick. But push it to the point where you can feel happy at the same time you’re slightly off-balance. There is beauty in being afraid and understanding that you don’t hold all the cards, and being able to enjoy that understanding. Just take a bit of soda in the palm of your hand, hold it flat, and don’t move. You’ll be fine.